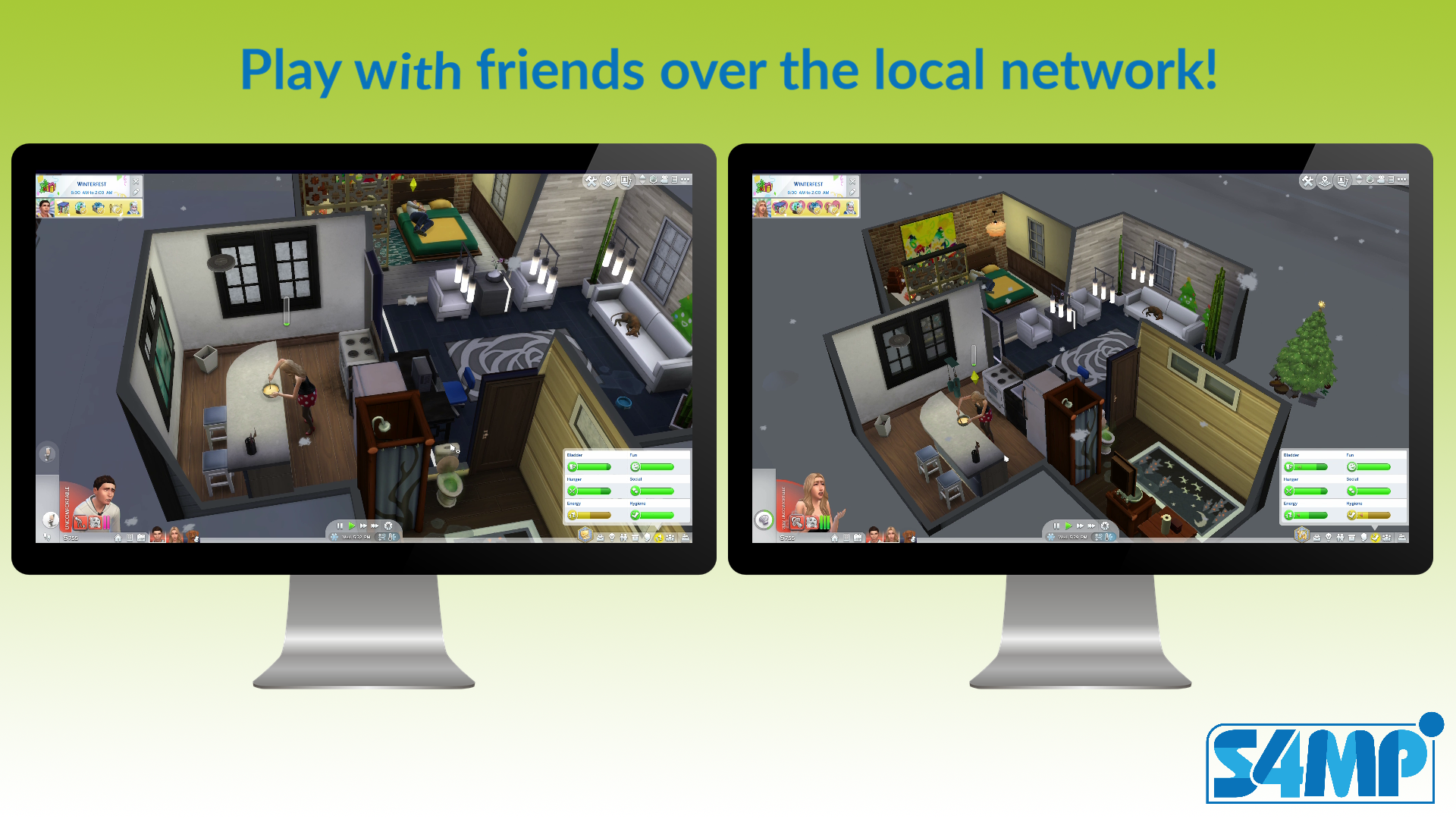 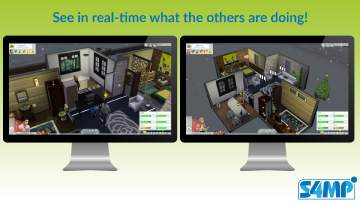 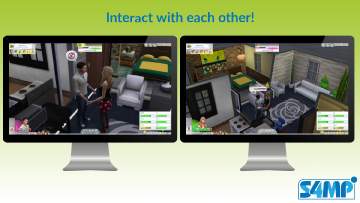 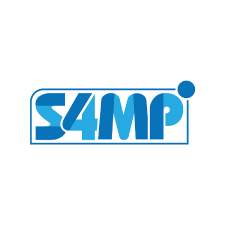 2,244 Thanks  Thanks     453 Favourited
This is a featured upload! It showcases the best talent and creativity available on MTS and in the community.

See the mod in action


Note: With the public version you can play only over LAN and the launcher requires no login!
Having trouble with the setup? Join our Discord server for help!


Supported versions:
With The Sims 4 Multiplayer Mod, you can play The Sims 4 real-time over the network and “live together” with other players in the same household. See what the others are doing, interact with them, and have fun together!

What does this mod do?
Conflicts
How to install

It is necessary to already have a save file with all the Sims created, the house should be built, and all the necessary items should be bought beforehand since currently only Live mode is supported, build & buy mode are in experimental phase. (features might work but there is no guarantee) It is also important to have a save with time paused.

One of the PCs will act as a server and should do the following additional steps:
1. Start the launcher
2. Host a game by selecting an already created save file
3. Start The Sims 4, load the save file and enter your household
4. You should see a notification verifying your game has successfully connected to the server.

The other PC will act as remote client and should do the following additional steps:
1. Start the launcher
2. Join a game by entering the IP address of the host player (displayed in the launcher on the host machine)
3. Start The Sims 4, load the save file and enter your household
4. You should see a notification verifying your game has successfully connected to the server.

At this point you are all set up, feel free to start the time and enjoy the multiplayer The Sims 4 experience! (please note that only the server’s player can control the time)

Is this mod based on other mods? Is it safe to play with the mod? Need more information?
Back to download view
171 Comments / Replies (Who?)